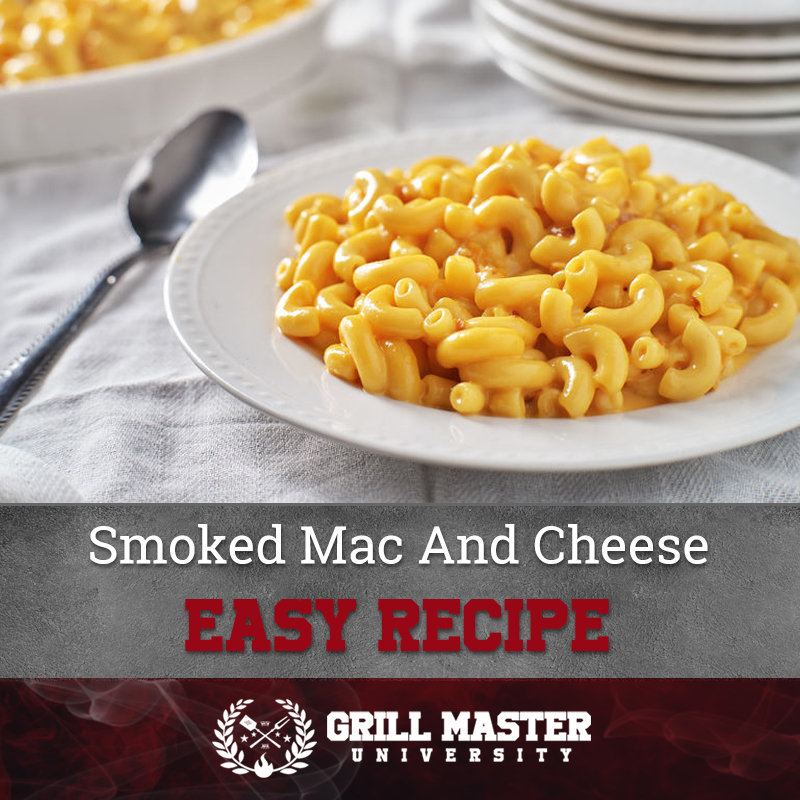 Macaroni & cheese has been so many favorites to families and people of all ages. A good mac and cheese are very easy to make. You can try various cheeses, toppings, and creams that bring different flavors each time. Today, we’re learning how to cook delicious smoked mac and cheese!

Macaroni and cheese are known to have started in northern Europe, sometime during the seventeenth or eighteenth century. When settlers came to America, they brought over the dish from England. Thomas Jefferson assisted in aiding the mac & cheese popular since he loved it very much. He also brought a pasta maker back to the United States, where he served the dish at the White House. Mary Rudolph made sure she included a macaroni and cheese recipe with Parmesan cheese in her 1824 cookbook, which grew in popularity over the years.

Since macaroni and cheese have been around for so long in America, the dish has been very easy to make, especially during slavery. In the southern states, mac & cheese became food to celebrate due to how tasty and easy it is to serve people.

In the late 1930s, macaroni and cheese became widely popular. Kraft eventually popularized the dish over the years. In 1937, Kraft’s version of Mac & Cheese sold over eight million copies as a Kraft dinner during the Great Depression and World War II. Kraft Foods called it the housewife’s best friend. One of the main reasons it was prevalent was because it was never expensive to cook and a quick way to feed an entire family during hard times.

Macaroni and cheese soon became very popular across the continent of Europe. In America’s early years, casserole dishes like the mac and cheese were happy to serve at New England church dinners, where they passed on the recipe to new settlers. Mac & cheese was a favorite since it was reserved for the upper classes until the Industrial Revolution came.

The original homemade recipes for macaroni and cheese used pasta, cream, and Parmesan cheese. Over the years in America, the American cooks had decided to change it by using cheddar cheese instead and using processed cheese and spices. Today, chefs and people use goat, smoked Gouda, Gruyère, and various herbs to live up the dish.

There are two styles of macaroni and cheese. One type has a cheese-flavored white sauce with macaroni noodles, topped with seasoned breadcrumbs, and the other is a layered version of mac & cheese topped with milk which forms a custard.

Because macaroni & cheese is still famous today, many chefs in various restaurants worldwide continue to alter the dish by adding ingredients to make the dish more flavorful. They add in mushrooms, figs, bacon, and rosemary. Spicing up this dish continues today from chefs and families alike, especially young kids.

Mixing a variety is always tasty, but the same goes when you make smoked mac and cheese. Being able to taste the smoke-flavored without altering too much of the dish is essential but fun.

A Tasty Recipe For Smoked Mac And Cheese

If you ever wanted to make a smoked mac & cheese, even if you have been using a smoker for a long time or a short while, many foods can smoke fast. A smoker can come in handy for a tasty smoked mac & cheese dish for your liking. Regardless if this is a side dish or something to go along the main course, you can quickly get your macaroni and cheese right into your smoker without using a hot grill.

First, cook one pound of your macaroni noodles or use penne pasta (according to instructions).

What is good about smoked mac & cheese is that you can adjust how smokey you desire it to be, but two hours is ideal. If you want to cook it for only one hour, set the smoker to no more than 160 degrees. It will not be too dry, but the flavor will be great.

The whole experience with this recipe is excellent. You can make this dish with baby back ribs or smoked chicken breasts. Adding smoked bacon is another good side to have with it or adding jalapenos. Mac and cheese are good to add a few side items of your choice. 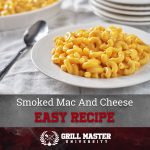 Macaroni & cheese has been so many favorites to families and people of all ages. A good mac and cheese are very easy to make. You can try various cheeses, toppings, and creams that bring different flavors each time. Today, we’re learning how to cook delicious smoked mac and cheese!
Prep Time20 mins
Cook Time2 hrs
Course: Main Course
Cuisine: American
Keyword: mac and cheese
Calories: 396kcal 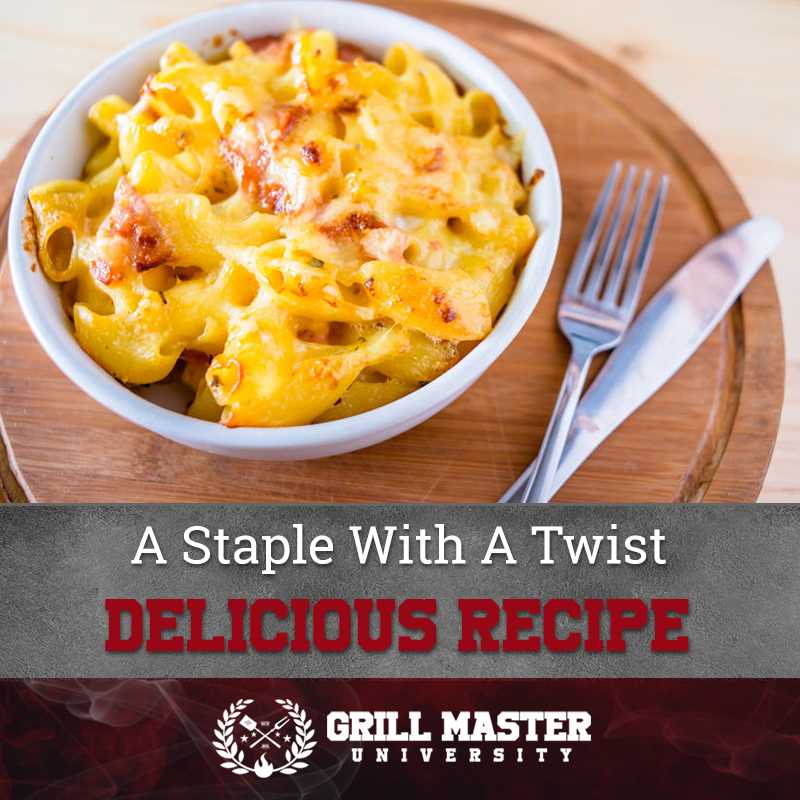 You may ask yourself, “What if I do not have a smoker? Can I still make it?” Yes, you can! Just use wood chips on a hot grill since it can give you a tasty smoky flavor when done.

Remember, this recipe is straightforward to make. You can always change up this recipe if you wish, depending on your tastebuds. Feel free to add more sauce if you and your family and friends like a creamier taste. Adding seasoned breadcrumbs on top is good, but add it before the dish goes in the smoker.

You will want to make this dish many times for guests or family. Enjoy!