The Best Pulled Pork on a Traeger Grill 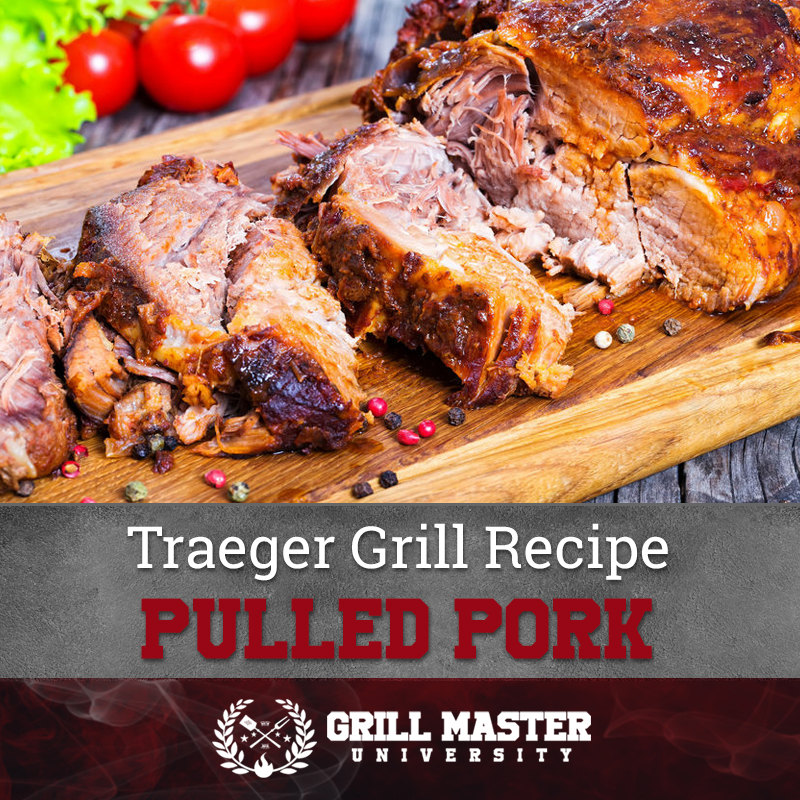 Pulled pork is most commonly prepared by smoking a pork shoulder, also referred to as a Boston butt or a picnic roast. Traeger pulled pork is the best way to go about cooking this pork cut from the upper shoulder portion of the pig or hog. This is available either bone-in or boneless. The bone imparts a tremendous amount of flavor into the meat. We will use a bone-in roast for this tutorial.

Pro tip: Make sure that what you are buying is actually the shoulder and not the lower portion of the front leg. Feel free to ask your butcher.

Shop for around an 8 to 10 pound roast. This roast generally has a good amount of fat on it and marbled throughout the flesh. You will want to remove some of the exterior fat so that the smoke can penetrate into the meat. Have your butcher trim the fat cap down to approximately 1/4 inch of fat still left on the roast for additional flavor and moisture.

You are going to start the recipe the day before you smoke the meat by marinating it in mustard, molasses, sugar, salt, and spices. The sugar and salt will be acting as a dry brine and will draw some of the excess moisture out of the roast. We are not doing a wet brine, as we really don’t want the meat to steam inside the smoker.

The smoking process will take 8 to 10 hours. During that time you don’t have to do much, other than making sure the pellets don’t run out in your Traeger grill and occasionally spritzing the meat with some apple cider vinegar.

There are many Traeger grills to choose from. There are affordable models for the home chef and tricked out models for barbecue competition enthusiasts and pros. These grills are fueled by wood pellets that are dispensed over time to ensure a constant source of heat and smoke. The newer Traeger grills are “smart” and run using Wi-Fi technology.

A Traeger grill takes the guesswork out of smoking pork on a grill perfectly. You simply fill the pellet hopper, plug in the grill, turn the grill on to the recipe temperature, close the top to preheat, and place the roast on the rack to smoke. It couldn’t be easier.

Pro tip: It is highly recommended that you use only Traeger brand pellets. Traeger pellets have a moisture content of 10%, eliminating the need for a water pan that you would use in other types of smokers.

There are many recipes for preparing pork on a Traeger grill. A pork shoulder can benefit from maranating or dry brining with plenty of salt and sugar, and some spices, for several hours before smoking. Pork shoulder can be tough if not marinated in some form and cooked very low and slow. Smoking a properly prepared shoulder roast is an ideal way to cook this cut, resulting in the best pulled pork. 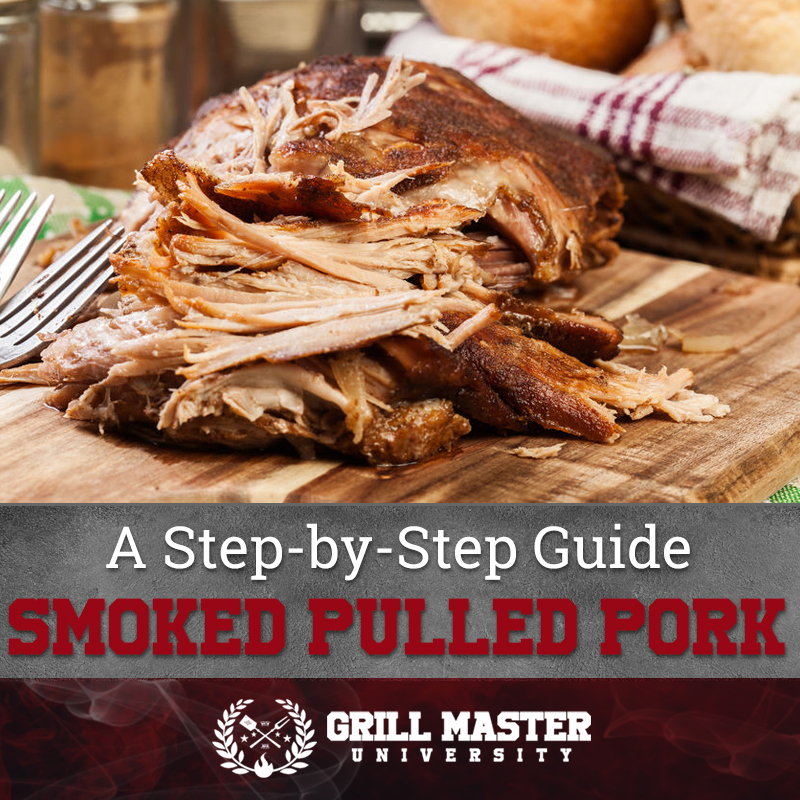 This recipe will serve approximately 10 to 16 people, depending on how hungry everyone is. I guarantee your friends and family will eat a lot of this delicious pulled pork. Preparation time is approximately 20 minutes for a bone-in roast. Marinating the pork will take 8 to 12 hours, or overnight. Plan on smoking the roast for an entire day. The cook time is approximately 8 to 10 hours. This recipe results in a sweet and tangy smoked pork with the help of the occasional misting of apple cider vinegar.

Pro tip: Remove the marinated meat from the refrigerator 45 to 60 minutes prior to cooking. Ideally, the roast should be at room temperature before it goes into the smoker.

Pro tip: When working with raw pork, it is important that you clean any surface the pork comes in contact with, including your hands, the sink, and the cutting board with hot soapy water and rinse well.

Pro tip: Don’t marinate for more than 24 hours. Marinating the roast any longer than 24 hours will draw too much moisture out of the meat.

Pulled Pork on a Traeger Grill

Pulled pork is most commonly prepared by smoking a pork shoulder, also referred to as a Boston butt or a picnic roast. Traeger pulled pork is the best way to go about cooking this pork cut from the upper shoulder portion of the pig or hog. 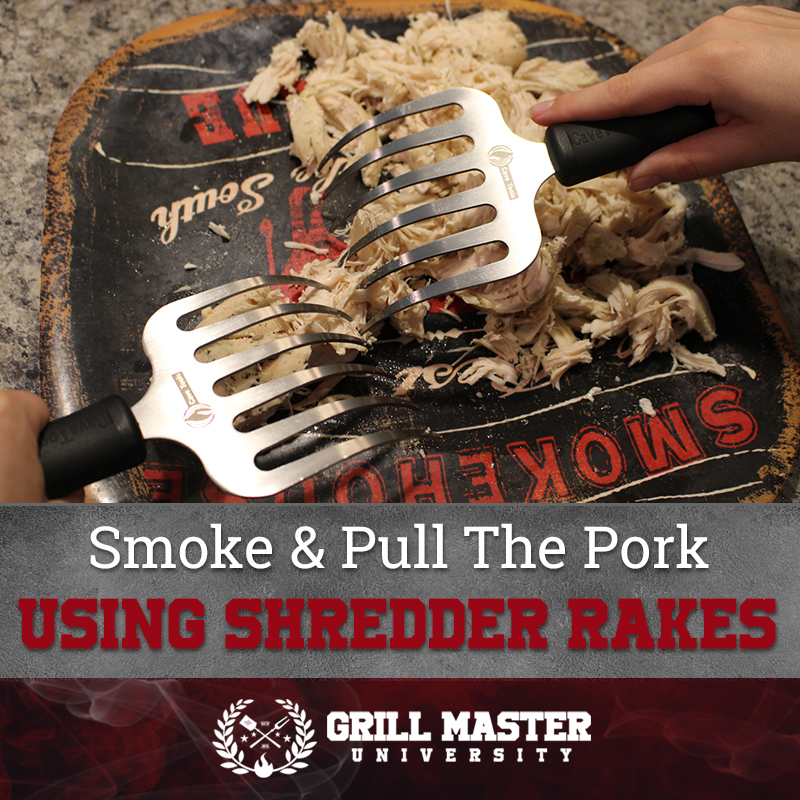 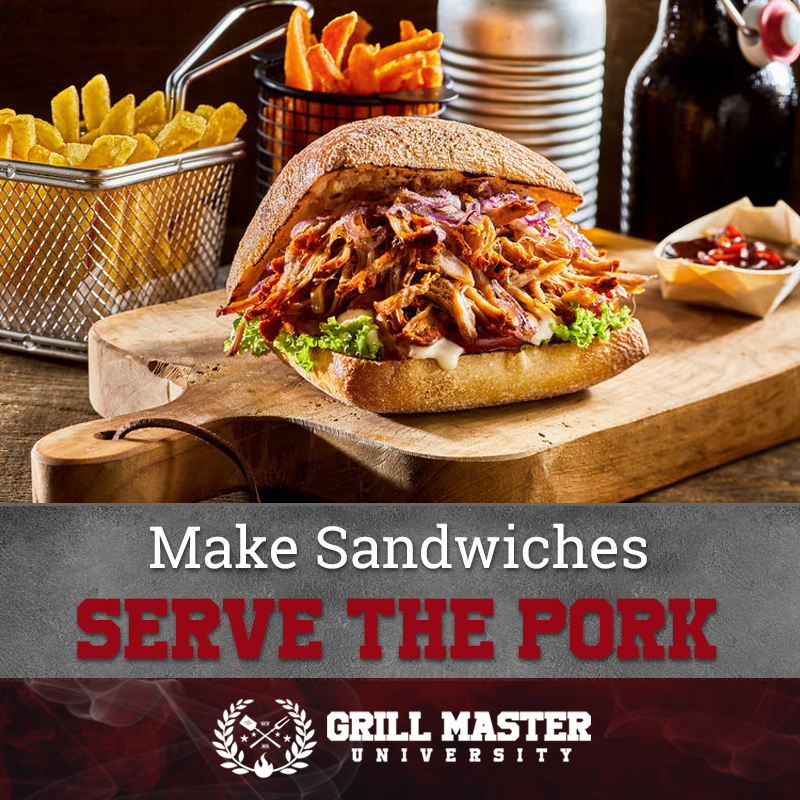 It doesn’t matter if you are new to smoking meat or a grill master, this recipe for the best pulled pork will be worth the time and effort you put into it. Kids and adults alike will love this recipe. While this pulled pork takes 2 days to prepare, keep in mind that the Refrigerator and the Traeger grill are doing most of the work. Don’t be afraid to give this tasty recipe a try.