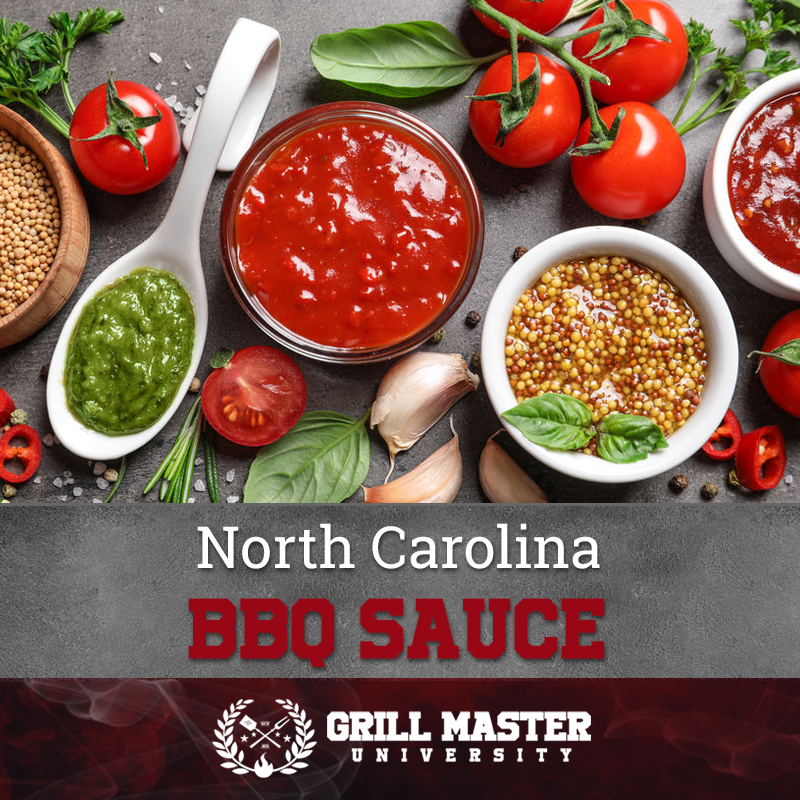 In North Carolina, the term “barbecue” speaks exclusively about barbecued pork. Barbecue is defined as meat that is cooked over a flame to achieve a crispy edge and a juicy center. The pork meat will literally fall of the bone once it has reached the point of barbecued perfection. Traditionally, barbecued pork is important in North Carolina, but equally important is the barbecue sauce that is added. The flavor of the pork may be enhanced by a rub or sauce that is put on the meat. Rubs are added to the meat before cooking. The rub is a mixture of sugar, salt, pepper, chili pepper and other spices that are patted onto the meat. Rubs create a crisp barbecue “crust” on the pork and the flavor profile infuses the meat. During the cooking process, a sauce might be used to baste the meat. North Carolina BBQ sauce is also slathered on the meat when it has finished cooking. The texture of barbecued pork is pretty standard, but the flavor is going to be drastically changed by the type of sauce you put on your meat – North, South, Eastern or Western Carolina bbq sauce to be exact.

Barbecue in North Carolina has a history that runs deep. The Spanish brought pigs to America in the 1500s and they thrived in North Carolina. Abundant pork in North Carolina caused the locals to use and eat the whole pig in true villager fashion. The staple of roasting a pig over a fire holds to this day in the Carolinas. Pork may be cooked in many ways ranging from wood smoked to cooked in an oven. Regardless of how the pork is cooked, it is important to have the right barbecue sauce to accompany it.

The amount of sweet, spicy and tangy you experience in your Carolina BBQ sauce are determined by the combination of ingredients used. All North Carolina barbecue sauces begin with vinegar. White vinegar can be used, but apple cider vinegar is preferred for the apple flavor it adds to the end result. Salt and pepper are a staple to enhance the flavor of the sauce. Crushed red pepper, cayenne or a pepper sauce may be used to add extra heat to the mix. Brown sugar or apple juice is found in some recipes to sweeten the taste. Eastern North Carolina sauce can be found with fresh garlic as an ingredient as well. Only Western North Carolina barbecue sauce will boast ketchup as part of the recipe.

Both these North Carolina-style BBQ traditions started in someone’s kitchen to bring family and friends together over a meal. Someone had to experiment with ingredients in the kitchen to test what would taste best on barbecued pork. Here are some recipes that have been held together by taste and tradition. Make these recipes for yourself and discover whether you like straight vinegar barbecue sauce or vinegar and ketchup barbecue sauce. These Carolina-style BBQ sauce recipes are worth mastering. With a few simple ingredients and in a few short minutes, you will have your own homemade North Carolina BBQ sauce.

Pro Tip: Low and slow is the best method for cooking this recipe. 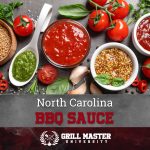 The amount of sweet, spicy and tangy you experience in your Carolina BBQ sauce are determined by the combination of ingredients used. All North Carolina barbecue sauces begin with vinegar. White vinegar can be used, but apple cider vinegar is preferred for the apple flavor it adds to the end result.
Prep Time15 mins
Cook Time35 mins
Course: Side Dish
Cuisine: American
Keyword: BBQ Sauce
Servings: 1
Calories: 50kcal 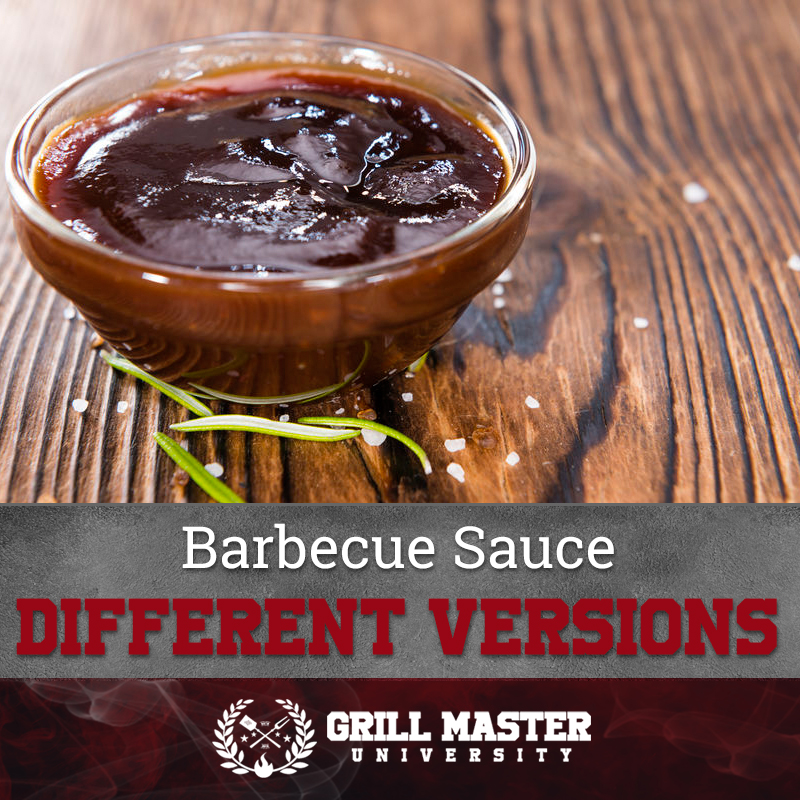 Pro Tip: The flavor of the sauce will be best if you make it and refrigerate it for one week before serving.

* All these barbecue sauces can be kept in the refrigerator for up to 2 months.

* To create a baste with your North Carolina BBQ sauce, mix equal parts apple juice and barbecue sauce. This diluted sauce will keep your meat from drying out while cooking. 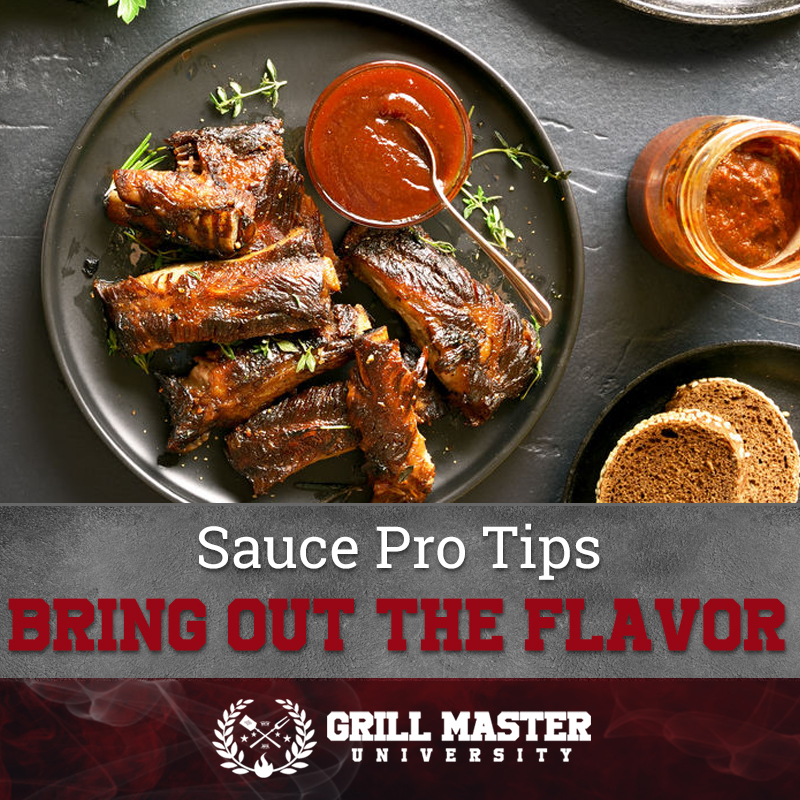 These recipes will help you bring the flavors of North Carolina barbecue into your own home. Try these recipes and discover whether you prefer Eastern Carolina BBQ Sauce (vinegar based barbecue sauce) or Western Carolina BBQ Sauce (vinegar and tomato barbecue sauce). If you want your barbecue sauce sweet, add more brown sugar or apple juice. If you are looking for something with a little heat, mix in some cayenne pepper or hot sauce. Whichever barbecue sauce you choose, join the tradition of North Carolina barbecue by sharing it with your friends and family. Get creative with these staple sauces and add a secret ingredient of your own. Enjoy!